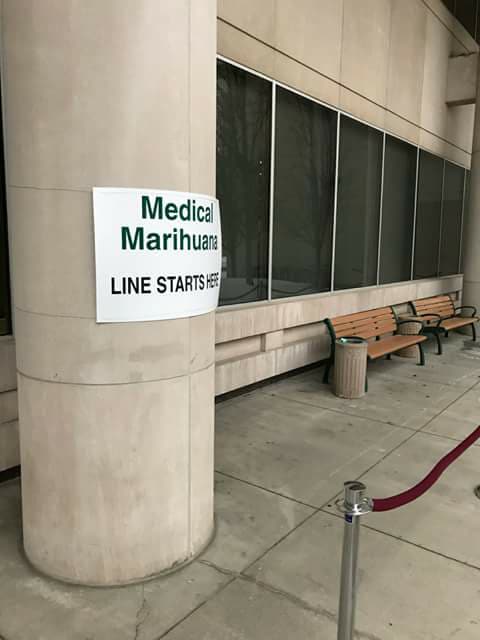 As the Medical Marihuana industry continues to grow in the state of Michigan and the 6 month rule plan reaches it’s end, the Bureau of Medical Marihuana Regulation (BMMR) is tasked with processing a total of 331 paid applications ($6,000 each) and implementing the necessary programs to allow this new industry to take root. A report released on February 15, 2018 prepared by the BMMR, a part of the Licensing and Regulator Affairs (LARA), shows initial license applications numbers at 163 in the pre-qualification stage for a state operating license, 23 in the Class C Grower category and only 1 in the Safety Compliance Facility category.

A break down of the distribution across each seed to sale license category in the pre-qualification stage is as follows:

These numbers, based on data from 2016 to 2018, also show that there have been no applications submitted for Secure Transportation category and low numbers of applicants for Class A and B Growers, with a total of 5 applications between the two categories. These applications, however, have generated $552,000 in fees for the Bureau. Between FY 2017 and FY 2018 over two million dollars from the allotted $8.5 million budget has been spent on the initial costs of implementing the Medical Marihuana Facilities Licensing Act (MMFLA) and Marihuana Tracking Act by PA 283 of 2016.

Another report released by the Bureau in November of 2017 shows that there was a total of 152,434 applications filed for medical marihuana registry identification cards. This brings the total number of patients to 269,553 with the majority of patients citing severe and chronic pain followed by severe and persistent muscle spasms. The report also states that there are 43,183 licensed caregivers and 1,652 physicians who provided written certification for qualifying medical marihuana patients in the state of Michigan. Just over 19,000 patients filed for renewal and over 100,000 new patient cards were issued. These renewal fees totaled over $10 million and the costs to administer the medical marihuana program was $4.8 million.

Both reports highlight a staggering interest in medical marihuana as both a business opportunity and a legitimate medicine. The BMMR and LARA are taking the necessary steps to set up the programs to accept or deny applications that are coming in. Less than one percent of applications are not approved or denied within 7 business days. As the industry and number of patients continues to grow, will the Bureau and LARA be able to keep these statistics as positive as they are now?

To learn more about the recent changes for Michigan, visit www.metrc.com/michigan and Michigan’s Bureau of Medical Marihuana Regulation website.