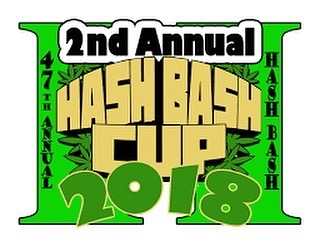 Hash Bash is an annual event held in Ann Arbor, Michigan on the first Saturday of April. Started in 1972 this event is a collection of speeches, live music, street vending and occasional civil disobedience aimed at reforming marijuana laws. Since its inception, Hash Bash has seen upwards of 10,000 attendees and has been addressed by activists and celebrities alike.

This year the event takes place on April 8 + 9 in Ann Arbor with the main event being the Hash Bash Cup at the Wyndham Garden Hotel. Described as “the best event I have ever attended” by industry professionals the Hash Bash Cup is expected to be better than last year with live performances, glass blowers, and celebrity guests. There is also the Michigan NORML Spring Conference at the FOE in Ypsilanti which will have engaging content around the subject of marijuana reform in Michigan.

Make sure to look for the Nuggie crew at Hash Bash, Hash Cup, and the other events happening that weekend. We will have our tablets ready to demo our Metrc ® certified seed to sale software and we’re happy to answer any questions. For more information follow us on Facebook or Instagram.